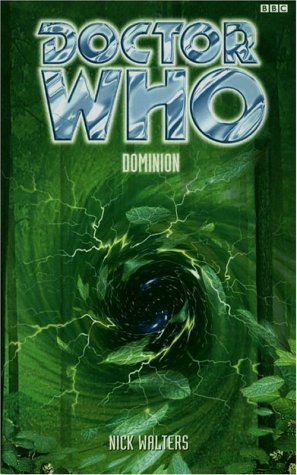 This is a fantastic novel. Nick Walters has taken all the elements which made Doctor Who great on television and has crafted a novel which rattles along at breakneck speed with some brilliant characters and some seriously well-realised alien settings and which also allows us insights into Fitz and Sam--and even the Doctor--along the way.

We open in Sweden with a great teaser. Then the questions: where have the people gone? What is taking great chunks out of houses and forest? Where are the apparently alien creatures coming from? We are introduced to Kerstin, a kind of Sam-replacement for the first half of the book and an excellent personality in her own right. This is necessary as Sam is enjoying adventures of her own in an alien environment which really had me hooked. Walters leaves none of the five senses unaffected in his ability to depict the alien place in which Sam finds herself. It's thought-provoking stuff: through all this action and adventure emerges a classic Doctor Who tale of scientists dabbling in things they shouldn't, people in danger, companions coming through and the Doctor managing to appear ever more vulnerable and human while just about maintaining the upper hand.

The contrast between the verdant forests of Sweden and the alien landscape of the T'hiili's world works especially well, and the characters are so well defined and described that you never lose track of who is meant to be who along the way.

The novel is spot on in characterisation and plot and there are no loose ends. The ending is particularly good and is likely to bring a lump to many readers' throats. It's a brilliant, brilliant novel and an excellent slice of what 90s Doctor Who is all about. More please. --David J Howe