Showing Three Plays: Our Town, The Skin of Our Teeth, and The Matchmaker (Perennial Classics) by Thornton Wilder 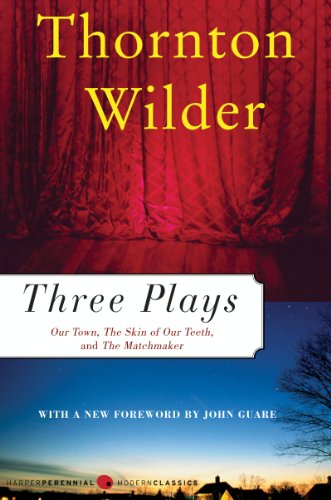 This important new omnibus edition features an illuminating foreword by playwright John Guare and an extensive afterword for each play drawing on unpublished letters and other unique documentary material prepared by Tappan Wilder.

Our Town—Wilder's timeless 1938 Pulitzer Prize-winning look at love, death, and destiny is celebrated around the world and performed at least once each day in the United States.

The Skin of our Teeth—Wilder's 1942 romp about human follies and human endurance starring the Antrobus family of Excelsior, New Jersey. Winner of the Pulitzer Prize for Drama in 1943.