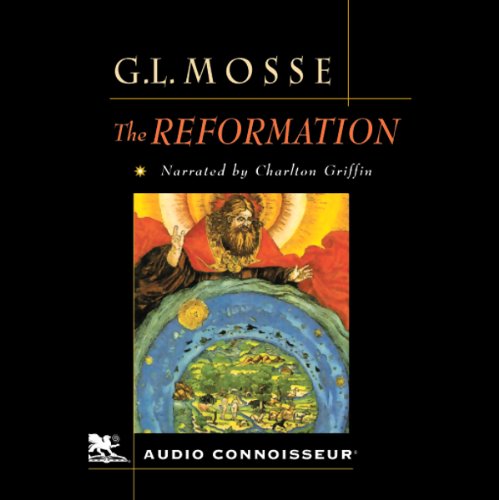 At the beginning of the 16th century, a religious revolution shattered the outward appearance of conformity among Europe's Roman Catholics...a conformity that had been the basis of Western European unity for over a thousand years. Why did it happen? In this brilliant history, Professor Mosse exposes the crisis of the Papacy in preceeding centuries and shows how the need for reform was continually being delayed until it was simply too late. When Martin Luther took his stand at Worms, he lit a fuse that would ultimately ignite a series of tumultuous political and social revolutions all across northern Europe. Peace would not come for over one hundred years.

But Luther was not alone. This narration will introduce you to many other equally important leaders of the Reformation, men like Ulrich Zwingli, the Swiss firebrand who Luther did not trust; and Martin Bucer of Strassbourg, whose belief in predestination was to influence the most charismatic man of the Reformation: John Calvin of France. What made these brilliant men tick? How were they able to persuade so many people to follow them? And what was the reaction of the Catholic hierarchy? These and many other questions are answered in this brief but powerfully written history of the chaotic period of religious uncertainty and strife that would ultimately lead to the complete reinvention of the modern nation state. The Reformation was a period of great mental torment and intellectual vigor, and its effect on Europeans of both Catholic and Protestant faiths has been incalculable.