Showing Songs of Ecstasy: Tantric and Devotional Songs from Colonial Bengal by Hugh B. Urban 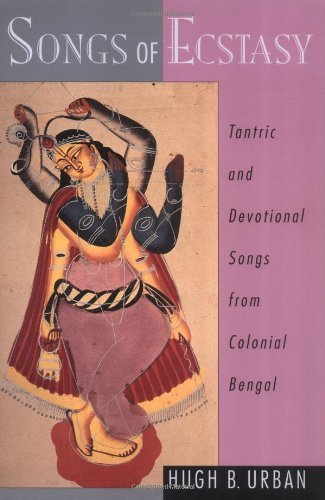 This book offers the first English translation of a body of highly esoteric, mystical poetry and songs associated with the Khartabhajas, a Bengali sect devoted to Tantrism. The period from the late 18th to the early 19th century, during which these lyrics were written, was an era of change, experimentation, and transition from the older medieval styles to the new literary forms of "modern" Bengal. The highly original songs presented here are an important part of this transitional period, reflecting the search for new literary forms and experimentation in new poetic styles.