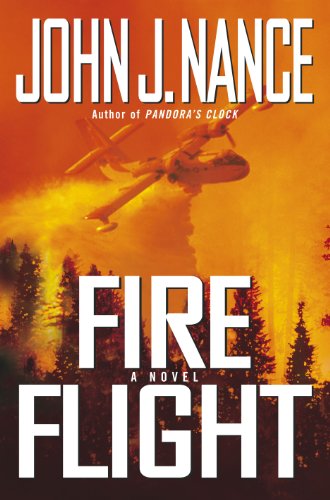 From New York Times bestselling author and "master of the airborne thriller" John J. Nance comes Fire Flight, a ripped-from-the-headlines adventure about the extraordinary pilots who risk their lives flying substandard airplanes in a little-known and lopsided war against our nation's wildfires.

Veteran pilot Clark Maxwell thought his fire bombing days were well behind him. But when Jerry Stein, Maxwell's friend and airtanker fleet-owner, calls at the height of the fire season to beg him to reenter the war, he doesn't hesitate. A pair of ferocious forest fires is raging out of control, threatening to destroy Yellowstone and Grand Teton National Parks and incinerate thousands of area homes. As the wildfires spread, whipped by massive winds, and the federal forces arrayed against the fires reach their limits, anxiety grows in the local population. A paranoia plagues the fire bombers and smoke jumpers as well, after a mysterious string of violent airborne accidents among the airtanker fleet claims the lives of some of the most fearless and experienced veterans.
Maxwell has long argued that the airtankers -- old aircraft used by pilots to bomb the fires with fire retardant slurry -- are faulty museum pieces that should have been grounded years ago. Now some of the fleet seem to be falling apart in midair. In the middle of the area's worst wildfire season in history, Maxwell is convinced that a sinister cover-up is behind the rash of horrific air disasters. Were the planes' inspection papers forged? Is someone capitalizing on these crashes? As he races to unravel a very real mystery and prevent a natural disaster of massive proportions, Maxwell's probe reaches the upper levels of the very government agencies charged with mount-ing the aerial fire fighting effort -- a move that for wholly unexpected reasons just may cost him his life...and the life of Karen Jones, the married smoke jumper with whom he seems to have fallen in love.
In amazing detail, with the signature authenticity only a veteran pilot could provide, John J. Nance creates a hair-raising thriller that will leave readers breathless from cover to cover.