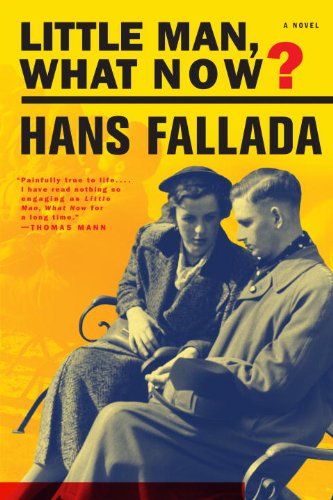 This is the book that led to Hans Fallada’s downfall with the Nazis. The story of a young couple struggling to survive the German economic collapse was a worldwide sensation and was made into an acclaimed Hollywood movie produced by Jews, leading Hitler to ban Fallada’s work from being translated.

Nonetheless, it remains, as The Times Literary Supplement notes, “the novel of a time in which public and private merged even for those whowanted to stay at home and mind their own business."

This is a Hybrid Book.

Melville House HybridBooks combine print and digital media into an enhanced reading experience by including with each title additional curated material called Illuminations — maps, photographs, illustrations, and further writing about the author and the book.

The Melville House Illuminations are free with the purchase of any title in the HybridBook series, no matter the format.