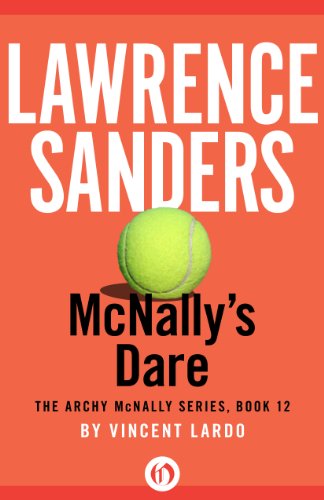 True heir or imposter? Archy McNally faces the biggest challenge of his career as he ferrets out the truth about a newly minted millionaire, and arouses the fury of a two-time murderer
Malcolm MacNiff’s annual Tennis Everyone!fundraiser is the high point of the Palm Beach season. But the glittering A-list event hits rock bottom when a waiter is found floating face down in the pool.
Archy McNally instantly suspects foul play. No sooner are his fears confirmed than he has another mystery to solve. Society’s abuzz over the recent arrival of Lance Talbot from Switzerland to claim his half-billion inheritance from his grandmother’s estate, but some claim that Talbot’s a fraud. It falls to McNally to sift through the clues and uncover a murderous scam that stretches from the snowy Alps all the way to sunny Florida.