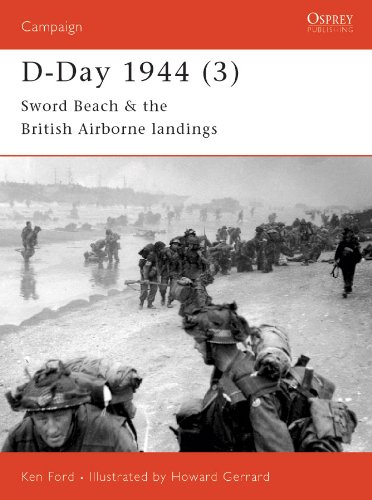 At 0016hrs on 6 June 1944 a Horsa glider ground to a halt a mere 60 yards from the Orne Canal bridge at Bénouville in Normandy. A small group of British paratroopers burst from it and stormed the bridge within minutes. The Allied liberation of Nazi-occupied Europe had begun. Within a few hours landing craft would swarm towards Ouistreham as British 3rd Division stormed ashore at Sword Beach. The battle would then begin to break through to relieve the paratroopers. In the third of the D-Day volumes Ken Ford details the assault by British 6th Airborne Division and the British landings on Sword Beach that secured the vital left flank of the invasion.