Showing Helmet for My Pillow: From Parris Island to the Pacific by Robert Leckie 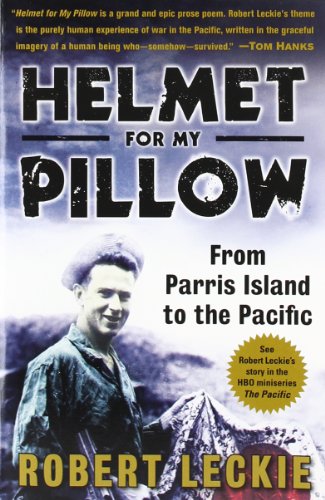 Helmet for My Pillow Robert Leckie, one of America's greatest military historians, was both an eyewitness and participant to some of the greatest battles in the Pacific. Helmet for My Pillow is his vivid account of combat and survival in World War II. In January 1942, in the aftermath of the infamous Japanese sneak attack on Pearl Harbor, Leckie enlisted in the United States Marine Corps. From boot camp in Parris Isla Full description