Showing Man Who Laid the Egg by Louise A. Vernon 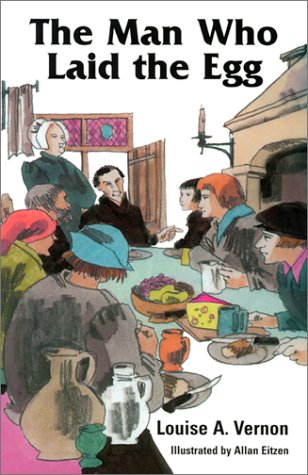 "Erasmus laid the egg that Luther hatched," is what the people said. And that made Gerhard Koestler smile. He knew that Erasmus had influenced Luther's thinking. He also believed both men were trying to serve God according to the Scriptures. Gerhard lived in Germany in the 1500s. After a series of adventures and narrow escapes, Gerhard arrived in Basel, Switzerland, where he was able to live in the same house as Erasmus. Although Erasmus' enemies accused him of agreeing with Martin Luther, Erasmus said that the Bible was his guide. 120 Pages.