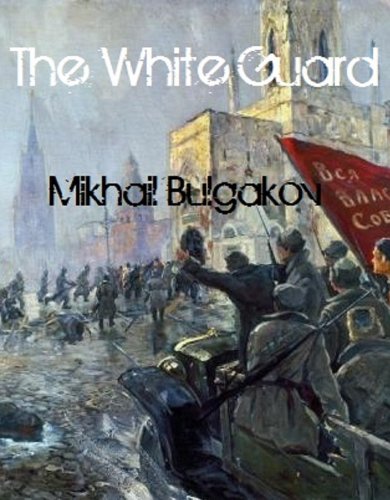 In Kiev during the Russian Civil War the Turbin household is sanctuary to a ragtag, close-knit crowd of friends and family. As the brothers prepare to fight for the White Guard, friends charge in from the riotous streets amidst an atmosphere of heady chaos, quaffing vodka, keeling over, taking baths, playing guitar, falling in love. But the new regime is poised and in its brutal triumph lies destruction for the Turbins and their world.

The novel is powered by that distinctively Russian mix of wild hilarity and desperate heartache. There are deeply wrenching moments, terrible family losses and brilliantly staged war scenes that encapsulate the horror of Russia’s turbulent, blood-drenched history.

The civil war was a very cruel one - on both sides. The Whites killed 100,000 Jews in organised pogroms. White cossacks dragged Red prisoners over the ground with lassos. The reds had little to learn from them, they massacred complete villages. Priests were speared on poles, and on the bodies of White officers were tied cages with rats, the cages were then heated so that the rats gnawed their way through the bodies.

The real victims were, of course, the civilians. Red and White terror cost millions of lives. Famine and disease spread. And, as if the civilians had not enough to fear from the White and the Red armies, they had to be on alert for each other too: plunderings, killings, robberies and even cannibalism were reported.

Between 1918 and 1923 the civil war cost about 15 million Russian lives.This story throws light on the smallest part of an epic, horrifying drama involving all that life holds; hope, love, fear and death.