Showing The Hunt by Allison Brennan 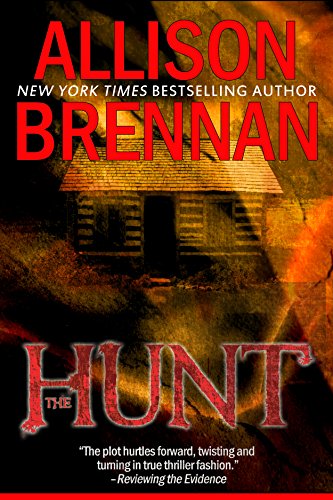 The sole survivor of a serial killer who hunts women in the Montana wilderness tries to find his latest captive before it's too late.

"Brennan does murder better than almost everyone writing in the suspense genre."
-- Armchair Interviews

Miranda Moore is the sole survivor of a brutal serial killer who kidnaps, rapes, and hunts women in Montana. After being booted from the FBI training academy, Miranda has spent a decade rebuilding her life and now leads the local search and rescue team. But her sole focus is to find the Bozeman Butcher before he kills again.

When another college co-ed goes missing, everyone knows the Butcher is back. Sheriff Nick Thomas calls in his friend—and Miranda’s former lover—FBI Special Agent Quinn Peterson. Quinn is the one responsible for Miranda being ejected from the FBI, and she hasn’t forgiven him. But they have to work together to stop this killer … or another girl will end up dead.

"Ms. Brennan's fluid style of writing, her remarkable talent for pacing suspense and her intriguing characters combine for a killer thriller. The dynamite romance in this story is just icing on the cake."
-- Romance Reader at Heart - A Top Pick for 2006