Showing Divided Memory: The Nazi Past in the Two Germanys by Jeffrey Herf 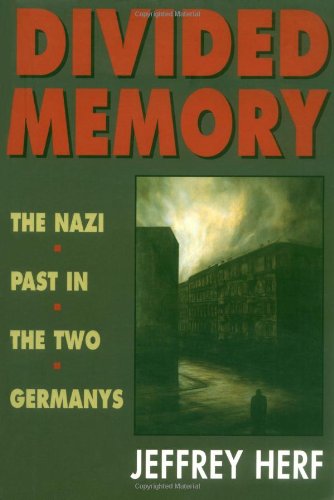 What has Germany made of its Nazi past?

A significant new look at the legacy of the Nazi regime, this book exposes the workings of past beliefs and political interests on how--and how differently--the two Germanys have recalled the crimes of Nazism, from the anti-Nazi emigration of the 1930s through the establishment of a day of remembrance for the victims of National Socialism in 1996.

Why, Jeffrey Herf asks, would German politicians raise the specter of the Holocaust at all, in view of the considerable depth and breadth of support its authors and their agenda had found in Nazi Germany? Why did the public memory of Nazi anti-Jewish persecution and the Holocaust emerge, if selectively, in West Germany, yet was repressed and marginalized in "anti-fascist" East Germany? And how do the politics of left and right come into play in this divided memory? The answers reveal the surprising relationship between how the crimes of Nazism were publicly recalled and how East and West Germany separately evolved a Communist dictatorship and a liberal democracy. This book, for the first time, points to the impact of the Cold War confrontation in both West and East Germany on the public memory of anti-Jewish persecution and the Holocaust.

Konrad Adenauer, Theodor Heuss, Kurt Schumacher, Willy Brandt, Richard von Weizsacker, and Helmut Kohl in the West and Walter Ulbricht, Wilhelm Pieck, Otto Grotewohl, Paul Merker, and Erich Honnecker in the East are among the many national figures whose private and public papers and statements Herf examines. His work makes the German memory of Nazism--suppressed on the one hand and selective on the other, from Nuremberg to Bitburg--comprehensible within the historical context of the ideologies and experiences of pre-1945 German and European history as well as within the international context of shifting alliances from World War II to the Cold War. Drawing on West German and recently opened East German archives, this book is a significant contribution to the history of belief that shaped public memory of Germany's recent past.