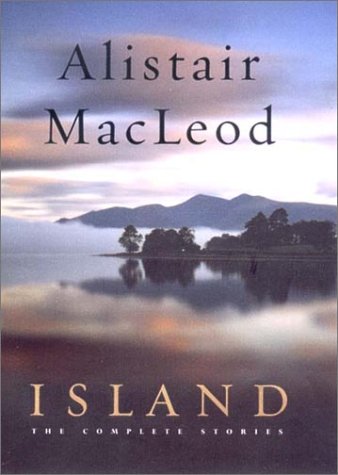 Alistair Macleod's Island: The Complete Stories begins "Once there was a family with a Highland name who lived beside the sea." The 1985 entry continues, "And the man had a dog of which he was very fond." And there you have the basic elements of an Alistair MacLeod story: Dog, Family, and Sea. The author--whose 2000 novel No Great Mischief won him a measure of long-overdue acclaim--shuffles these elements into a surprisingly infinite variety of configurations, always with the same precise, confident, quiet language.

His big theme is the abandonment of the rural. Though his characters live in the fishing communities of Newfoundland and Nova Scotia, the seaside isn't a place where they dwell contentedly. In half the stories, young men and boys feel a pull toward academe and the centre of the country. In the other half, academically successful middle-aged men return to the wild eastern coast of Canada to try to reclaim the life they left behind. Both dilemmas are impossible to resolve--no one can be both a city mouse and a country mouse--and MacLeod wisely doesn't offer easy solutions.

What makes the writing sing, though, is the specificity of his descriptions of rural life. He tells you how things work, exactly: "The sheep move in and out of their lean-to shelter, restlessly stamping their feet or huddling together in tightly packed groups. A conspiracy of wool against the cold." The people here are ultimately defined by the physical world, and MacLeod has a farmer's visceral feel for geography. As he writes in "The Lost Salt Gift of Blood": "Even farther out, somewhere beyond Cape Spear lies Dublin and the Irish coast; far away but still the nearest land, and closer now than is Toronto or Detroit, to say nothing of North America's more western cities; seeming almost hazily visible now in imagination's mist." This is regional fiction in the best sense: it belongs to one perfectly evoked place. --Claire Dederer, Amazon.com