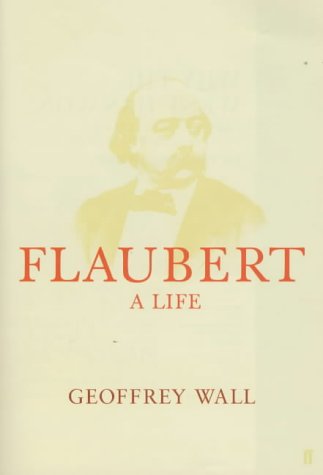 Few modern novelists have been able to entertain and shock their readers in equal proportions quite as successfully as the author of Madame Bovary, the subject of Geoffrey Wall's Flaubert: A Life. Flaubert's famous heroine stands alongside Jane Eyre, Anna Karenina and Tess Durbeyfield as among the most brilliant creations of the golden age of the great novel. Yet Madame Bovary skirted the outer limits of bourgeois sexual morality with perhaps more dare and flair than other writers, and consequently, seems as familiar now as it ever has. As Geoffrey Wall shows in his well-researched and engagingly written book, Flaubert himself epitomised both the wilder side and the contradictions of French bourgeois literary life in the middle of the 19th century. The pampered bachelor second son of a surgeon, he kept homes in Rouen and Paris, yet worked himself into chronic illness by his devotion to his art. He treated some women--notably his niece, Caroline, and George Sand, the novelist, as his confidantes and equals--yet cruised predator-like through the brothels and fleshpots of Paris and north Africa. A progressive in matters moral, he nonetheless repudiated the republicans of 1848 and moved effortlessly in the salons of Louis Napoleon's imperial regime. Wall is excellent on all this biographical detail, but rather at the expense of a proper appreciation of Flaubert's oeuvre. It takes 200 pages to get to Madame Bovary, and even then the analysis of the novel is rather brief, leaving this reader anxious to leave behind the extraordinary Gustave Flaubert with his boils, syphilis and debts, but determined to read his work all over again.--Miles Taylor.