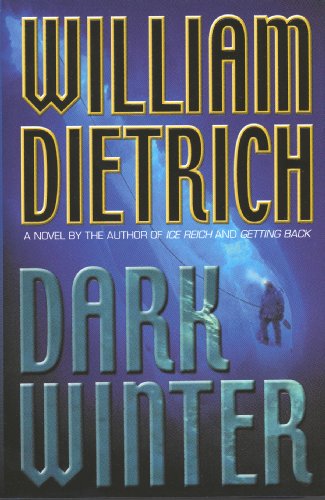 A murder mystery, horror thriller, and saga of love, community and survival at the South Pole.

Imagine you're standing at the very bottom of the planet. Fierce winter winds howl out of the icescape. The night is illuminated by cold stars. There is no possibility of flight, no possibility of outside aid. The imagine that, among the group of people around you - the people you must work with, live with, and trust with your life - there is at least one killer...

At the Amundsen-Scott research base, winter temperatures can dive to minus 110 F. Outside is the beauty and hostility of the coldest, cleanest place on earth. Inside is the constant throb of generators, the smell of fuel oil, and twenty-six men and women who've come here from all walks of life - an uneasy mix of personalities, specialties, sexual tension, and outright conflict. They are about to become the unwitting subjects of a psychological experiment. One by one, the winter-overs begin to die.

Jed Lewis is the last arrival before winter descends at the South Pole, cutting off all flights in or out. A geologist who has jettisoned a high-paying job with an oil company - a rock hound in a place where there are no rocks - he's drawn into the controversy over the discovery and theft of a meteorite worth millions on the open market. When the meteorite disappears, Lewis is accused. When the killings begin, every bit of evidence points to him.

Suddenly Jed finds himself with only one ally, a woman in a search for community and companionship similar to his own. But even she begins to doubt his motives. And in such an extreme environment, is survival the ultimate test of individual self-reliance? Do humans belong at the Pole?

William Dietrich visited the South Pole as a journalist and weaves the fascinating details of everyday life in that harsh environment into a story about people and their longings and fears. Mixing science, psychology, and creepy adventure, this is a book to make the darkest night seem just a little darker.

"Dietrich evokes well the implacability of the Pole, and his detailings of daily life at the base ring with authenticity." Publishers Weekly

"Dark Winter has great characters, beautifully researched science, and an ending that will leave you thinking long after the book is closed. It's a pleasure to read a book as well-written as this one." Douglas Preston.

"Dietrich sets a new standard for adventure fiction in this thriller." Abilene Reporter.

"You can tell the author has been there." Booklooms.com.