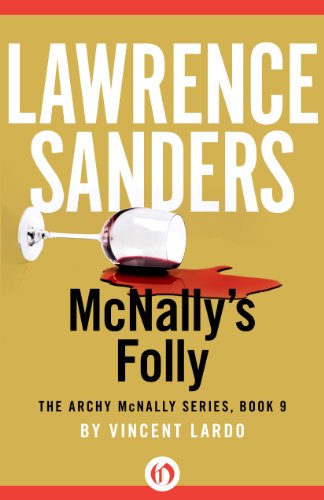 When Palm Beach detective Archy McNally takes the helm of a local theater production, the curtain falls on blackmail and murder
One of the most celebrated stars of Hollywood’s Golden Age, Desdemona Darling, has come South for the season. She makes headlines when she agrees to star in the Palm Beach Community Theater’s production of Arsenic and Old Lace. Archy McNally somehow gets roped into directing—and into discreetly investigating who could be blackmailing his star.
Life tragically imitates art when Richard Holmes—Darling’s Husband Number Seven—sips some elderberry wine laced with arsenic at the cast party. Holmes was a self-made millionaire with a genius for betting on pork bellies. But who’d want him dead? As McNally tries to smoke out the culprit, he wonders if he’s getting too close to a remorseless killer who’s about to drop the curtain on another victim.