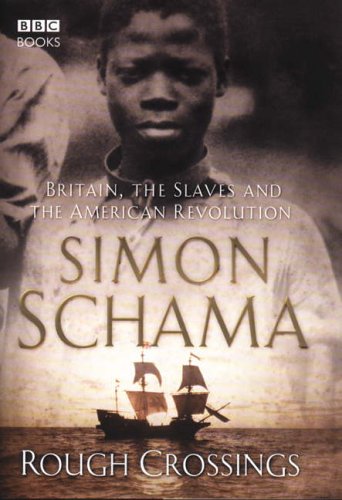 Set against the backdrop of the American Revolution and its aftermath, Rough Crossings is the gripping, astonishing epic of the struggle for freedom by tens of thousands of slaves who believed that their future as free men and women was bound up with staying British, not becoming American. The decision to offer slaves who defected to the British their liberty began in military strategy, but it unleashed the greatest mass uprising in American history by tens of thousands of slaves - Americans who clung to the sentimental notion of British freedom even when they knew that the English were far from being saints when it came to slavery. With powerfully vivid story-telling, often spoken through the voices of the blacks themselves, as well as the white abolitionists who became their emancipators and protectors, Schama follows the odyssey of the escaped blacks into the fires of the war, the terror of potential recapture at the war's end, and into inhospitable Nova Scotia where thousands who had served the Crown were betrayed in their promises to receive land. Along the way, Rough Crossings keeps company with a cast of extraordinary characters: Granville Sharp, the flute-playing father-figure of slave freedom; David George, runaway slave and Baptist preacher; Thomas Peters, sergeant in the British Black Pioneers and the first true African-American politician. Most compelling of all, there is Lieutenant John Clarkson, young, passionate, resourceful and high-strung, the 'Moses' of this, one of the great Exoduses in British history. Clarkson's journal of the 'ingathering' in Nova Scotia, the ocean crossing and the harrowing experience of the first year in Sierra Leone is one of the most powerful documents of the history of liberty. Although the extraordinary story that unfolds in Rough Crossings would ultimately prove to be bitterly tragic, it was not without its moments of redemption, promises kept as well as betrayed. If there is heartbreak waiting in its pages