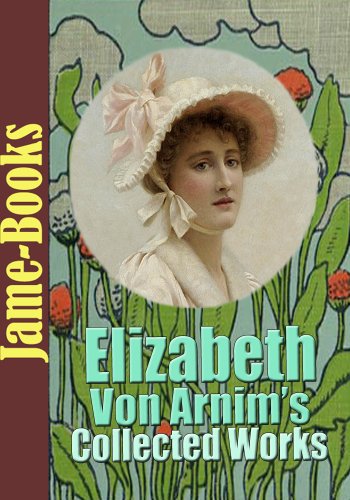 Elizabeth von Arnim, born Mary Annette Beauchamp, was an Australian-born British novelist. By marriage she became Gräfin (Countess) von Arnim-Schlagenthin, and by a second marriage, Countess Russell. Although known in her early life as Mary, after the publication of her first book, she was known to her readers, eventually to her friends, and finally even to her family as Elizabeth and she is now invariably referred to as Elizabeth von Arnim. She also wrote under the pen name Alice Cholmondeley.
Arnim would later refer to her domineering husband as the "Man of Wrath". Writing was her refuge from what turned out to be an incompatible marriage. This was when she created her pen name "Elizabeth" and launched her career as a writer by publishing her semi-autobiographical, brooding, yet satirical Elizabeth and her German Garden (1898). It was such a success that it was reprinted twenty times in its first year. A bitter-sweet memoir and companion to it was The Solitary Summer (1899). Other works, such as the The Benefactress (1902), Vera (1921), and Love (1925), were also semi-autobiographical. Other titles dealing with feminist protest and witty observations of life in provincial Germany were to follow, including The Princess Priscilla's Fortnight (1905) and Fraulein Schmidt and Mr Anstruther (1907).


This Edition Contains 11 Works;
● Elizabeth and Her German Garden
● The Solitary Summer
● The Benefactress
● The Adventures of Elizabeth in Rügen
● The Princess Priscilla's Fortnight
● Fräulein Schmidt and Mr. Anstruther
● The Pastor's Wife
● Christopher and Columbus
● In the Mountains
● Vera
● The Enchanted April