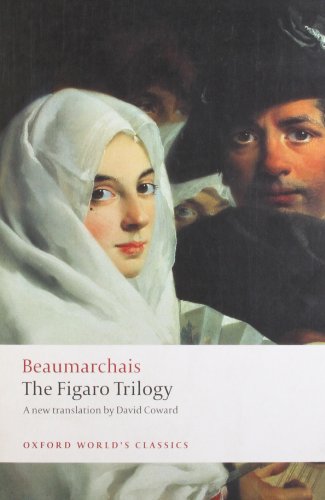 Eighteenth-century France produced only one truly international theater star, Beaumarchais, and only one name, Figaro, to combine with Don Quixote and D'Artagnan in the ranks of popular myth. But who was Figaro? He was quickly appropriated by Mozart and Rossini who tamed the original impertinent, bustling servant for their own purposes. On the eve of the French Revolution Figaro was seen as a threat to the establishment and Louis XIV even banned The Marriage of Figaro.

Was the barber of Seville really a threat to aristocratic heads, or a bourgeois individualist like his creator? The three plays in which he plots and schemes chronicle the slide of the ancien régime into revolution but they also chart the growth of Beaumarchais' humanitarianism. They are exuberant theatrical entertainments, masterpieces of skill, invention, and social satire which helped shape the direction of French theater for a hundred years. This lively new translation catches all the zest and energy of the most famous valet in French literature.

About the Series: For over 100 years Oxford World's Classics has made available the broadest spectrum of literature from around the globe. Each affordable volume reflects Oxford's commitment to scholarship, providing the most accurate text plus a wealth of other valuable features, including expert introductions by leading authorities, voluminous notes to clarify the text, up-to-date bibliographies for further study, and much more.