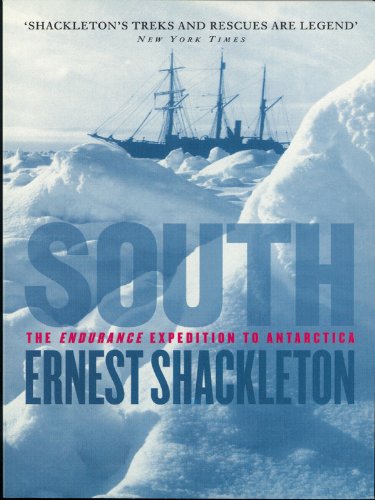 This astonishing memoir of Shackleton's final voyage explores courage, tenacity and unflagging hope in the face of adversity. South remains one of the greatest adventures of the twentieth century.

Sir Ernest Shackleton was a pioneer of Antarctic exploration. It was his final ambition to be the first to lead an historic expedition across the continent. Whilst attempting to cross the Weddell Sea, the Endurance became trapped in ice. Nine months later the ship was crushed, leaving Shackleton and his crew adrift on a massive ice floe. Shackleton tells how he and his crew crossed six hundred miles of ice and sea and landed on the desolate Elephant Island. From there, in an open boat, he and four others crossed the tempestuous sub-Antarctic Ocean, a distance of eight hundred and fifty miles, to reach South Georgia and help.

'For scientific discovery give me Scott; for speed and efficiency of travel give me Amundsen; but when disaster strikes and all hope is gone, get down on your knees and pray for Shackleton.' Sir Edmund Hillary