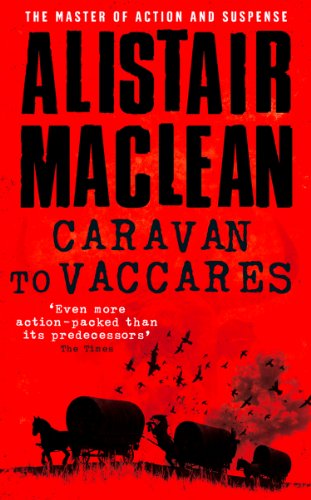 The classic tale of suspense set in Provence, where an English tourist investigates a series of mysterious deaths, from the acclaimed master of action and suspense.

From all over Europe, even from behind the Iron Curtain, gypsies make an annual pilgrimage to the holy shrine of their patron saint in the Provence region of southern France. But something is different about this year's gathering, with many suspicious deaths.

Cecile Dubois and Neil Bowman decide to investigate. Eavesdropping, Bowman discovers that a man named Gaiuse Strome is financing the gypsies, and his suspicions on the real identity of Strome center on a highly wealthy aristocrat, distinguished folklorist and gastronome, Le Grand Duc Charles de Croytor, whose girlfriend Lila Delafont is a friend of Cecile.

As they follow the caravan, Bowman and Cecile find that their lives in danger many times in an effort to uncover the secret the gypsies are so determined to hide, and before long are running for their lives.