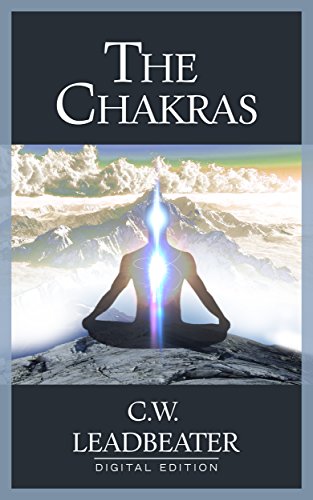 THE word Chakra is Sanskrit, and signifies a wheel. It is also used in various subsidiary, derivative and symbolical senses, just as is its English equivalent; as we might speak of the wheel of fate, so does the Buddhist speak of the wheel of life and death; and he describes that first great sermon in which the Lord Buddha propounded his doctrine as the Dham­machakkappavattana Sutta (chakka being the Pali equivalent for the Sanskrit chakra) which Professor Rhys Davids poetically renders as “to set rolling the royal chariot-wheel of a universal empire of truth and righteousness”. That is exactly the spirit of the meaning which the expression conveys to the Buddhist devotee, though the literal translation of the bare words is “the turning of the wheel of the Law”. The special use of the word chakra with which we are at the moment concerned is its application to a series of wheel-like vortices which exist in the surface of the etheric double of man.