Showing Spy for the night riders by Dave Jackson 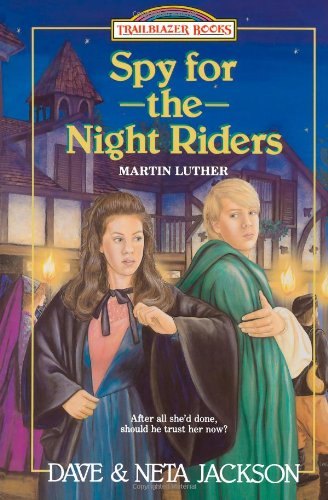 Thrilling adventure stories introducing young readers (ages 8-2) to Christian heroes of the past.Karl Schumacher was fifteen when he came to the German city of Wittenberg in 520 seeking an education. He had been very fortunate that the esteemed university professor, Doctor Martin Luther, had taken him into his household as a servant. Luther's promise of tutoring Karl in exchange for his labor was the chance of a lifetime--until a poster on the church door declared his master a heretic!Karl is asked to travel with Doctor Luther to appear before the emperor's Imperial Council in the city of Worms. Will his life be at stake as well as Luther's? And who is the mysterious young lady who shadows their trip? Could she be a spy for Luther's enemy, Doctor Eck?Or might the night riders be secret supporters of Luther?With danger lurking on every side, who can Karl trust?