Showing Morant Bay: Based on the Jamaican Rebellion by Horane Smith 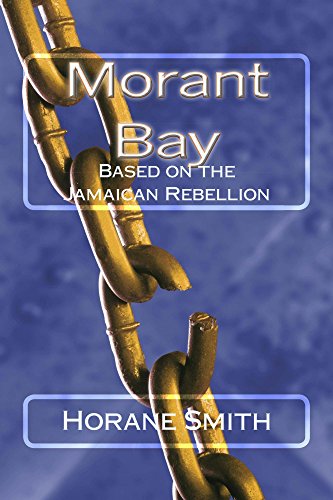 It is 1865, post-slavery Jamaica, and its eastern town of Morant Bay, is on the verge of anarchy. A Baptist deacon leads the struggle to lift former slaves out of poverty, but he has a battle on his hands with dozens of his followers already killed, and an insensitive Governor about to declare martial law. Andrew Campbell, son of a white woman and a former slave, who committed suicide with another slave at the now infamous and legendary beauty spot Lover’s Leap, on the southern coast thirty-five years earlier, vowed to his father to pursue the fight for the freedom he never enjoyed – even if it meant death. Andrew sets out to visit Morant Bay, a powder keg waiting to explode, but the opportunity the burning town provides for his political career is too much to ignore. His best friend has become his worst enemy, a foe he did not need at this precarious time. Furthermore, the women in Andrew’s life – his mother, future bride and a secret admirer wrestle with the prospect of tragedy. Andrew is caught between the fires of injustice and the fires of passion and commitment. Andrew has a lot at stake. Time is running out. It is now or never; do or die in troubled Morant Bay.