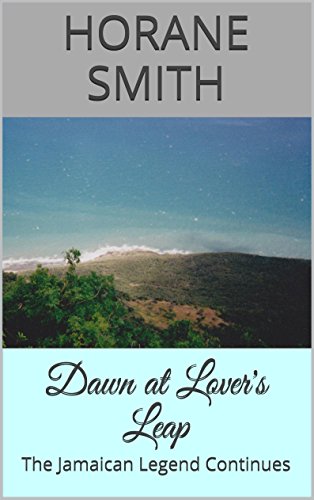 Anita Campbell has been telling herself that Jerome Scott is not dead. It's been about thirty long and miserable years since her slave lover, and his other love, plunged to their deaths from a breathtakingly beautiful 1700 foot cliff off Jamaica's south coast, after their secret romance was discovered.

Anita had vowed she'd never love another man - slave or free. But even in death, she can't forget Jerome, whose legacy is an illegitimate son Andrew, conceived during one of her many secret rendezvous with Jerome. Torn apart by the new reality of the abolition of slavery, a move she and Jerome had longed for, Anita is immersed deeper and deeper in her past.

When Andrew decides to lobby for more rights for ex-slaves, an obligation he owes to his father's memory, Anita is forced to see life differently now, and she reluctantly crawls out of her despondency. First, she finds herself in church, finds consolation in God, and attraction to a young and handsome pastor. But the new life for Anita is not going to be easy. Just when Anita begins to challenge the vow she made with Jerome never to love another man, she realizes she has competition - from the dead and from the living!