Showing All That it Takes by K L Ditmars 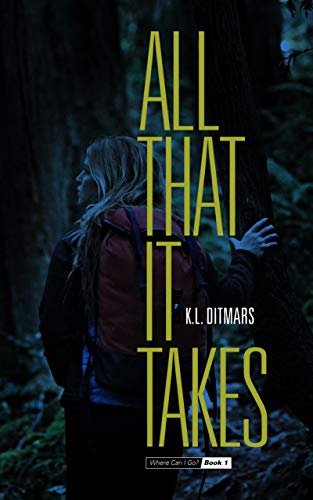 A human trafficking ring is operating in the shadows of her city. When they murder her husband, Julia Bowen is determined to turn on the light. Julia believed her husband told her everything. But now he is dead, murdered by armed gunmen who broke into their home. Forced to flee and not knowing where else to go, she seeks help from Charlie, a homeless veteran living in the woods of Victoria, BC, behind her home. When she is framed for the murder, Julia goes into hiding, her past distrust of law enforcement haunting her all the while. With Charlie’s help, she discovers what her husband died for: a human trafficking ring operating in the city. Unsure of his involvement, Julia decides to follow a trail of evidence he left behind. She soon discovers a network of local businesses involved in the sexual exploitation of young women. As she navigates grief, being hunted, and attempting to expose a human trafficking ring, Julia encounters help from unexpected people and discovers a God who is present through it all.