Showing The Long Way Around: A Journey Of Inspiration Set In Rural Iowa by Douglas Cavanaugh 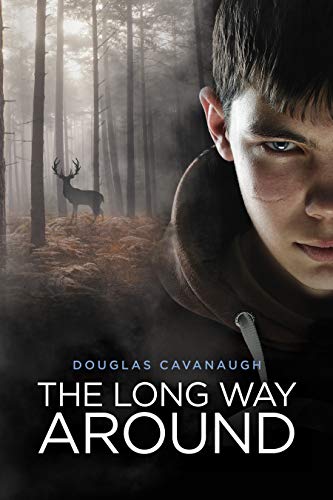 Ryan Meyers, a good-natured teen on the verge of manhood, is struggling to find his place in the world while growing up in the American Heartland. Complicating matters, he is forced into dealing with the failing health of his cantankerous grandfather, Conrad Doyle, who is his legal guardian, mentor, and last living relative. He also must cope with the breakup with his girlfriend and first love, Mary Kelleher, who ended their relationship suddenly and without explanation. In the midst of all his troubles, he witnesses a horrific attack while hunting alone in the forest. Stricken with terror by the event, Ryan suffers a grave accident, putting the plans his dying grandfather has for his future in jeopardy. Alone and discouraged by his slow recovery, the young man sets out on a soul-searching journey that finally comes full circle to the place where it began, his rural hometown in northeast Iowa. He returns battered and bruised, but wiser and matured, and is joyfully surprised to learn what he has gained in his absence. The Long Way Around is a story that will resonate with those who have wrestled with difficult choices before their time, and will touch the hearts of those who have overcome overwhelming odds to enjoy successful, fulfilling lives.