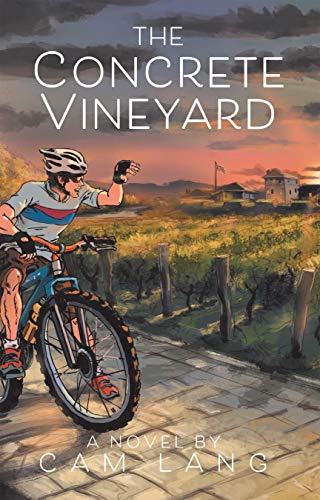 As the townsfolk of Niagara-on-the-Lake (NOTL), the 'First Capital of Upper Canada', gather on the hallowed grounds of Fort George to celebrate the nation's 150th birthday, Edward Mitchell, the town's modern-day patriarch, lies dying in a nearby vineyard. The old man, a retired history professor, was clearly murdered ... but by who?
A revered man with no apparent enemies, the only potential clue to his death is a 'for sale' sign that was erected earlier that day at the front of his grand, historic estate—the most valuable and coveted piece of property in town. But as the murder investigation unfolds, it seems that real estate is perhaps not the only motive for Edward Mitchell's murder.
At first, inexperienced, unenthusiastic homicide detective, Bryan Dee, hopes solving the murder will be a slam-dunk, but he soon realizes he is in over his head. Knowing nothing about property law, he turns to his boyhood friend, Kris Gage, an urban planner who has conveniently returned to his home town to help his parents move.
Gage is convinced that if they follow the money trail, they'll find their suspect ... but Dee soon discovers that his seemingly innocent best friend has a connection to the dead man that can't be explained. Then, when another prominent citizen—the dead man's best friend—goes missing, the heat is on.
Together Bryan and Kris try to make sense of what is going on. What would motivate the chilling death of one man and the disappearance of the other? Was land acquisition the motive for the murder? Was their devotion to heritage preservation upsetting local builders? Did it have anything to do with allocating federal funds given to the town to celebrate Canada's 150th birthday? Or was someone simply out to settle a score?
Meanwhile, Bryan must decide whether to trust his best friend or not as they try to weed out who the greedy culprits destroying the charm and history of their beautiful, little hometown are, making them both wonder why, 200 years after the War of 1812, a different battle is being waged ... and whether Niagara-on-the-lake has become Niagara-on-the-take.

...and too many Willcocks!"