Showing Songs of the South: An Anthology of Ancient Chinese Poems by Qu Yuan and Other Poets by Qu Yuan 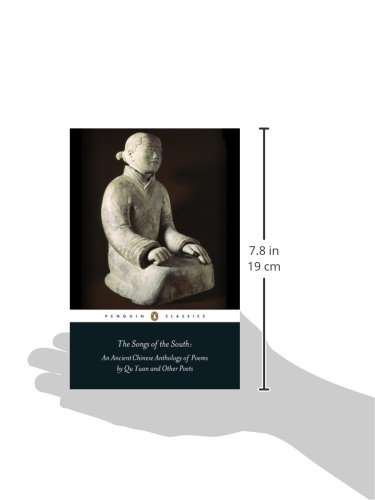 The Songs of the South is an anthology first compiled in the second century A.D. Its poems, originating from the state of Chu and rooted in Shamanism, are grouped under seventeen titles and contain all that we know of Chinese poetry's ancient beginnings. The earliest poems were composed in the fourth century B.C. and almost half of them are traditionally ascribed to Qu Yuan.