Showing The Isles of Unwisdom by Robert Graves 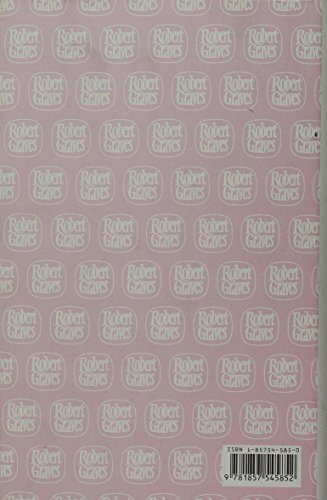 The Story of Marie Powell, Wife to Mr Milton and The Islands of Wisdom edited by Simon Brittan In The story of Marie Powell, Wife to Mr. Milton (1943) Robert Graves - half a century before Carol Ann Duffy - creates a Mrs for a famous Mr, a Mr who Graves regards as one of the heinous monsters in the English poetic pantheon. Certainly his Mrs Milton is ill-used by a distended genius. Milton's first wife was sixteen when they married. Milton was after her dowry and when it did not follow he proved a domineering and prig, unresponsive to her sensuousness or her down-to-earth wit. It was a spiritual misalliance, too: her Catholicism sorted ill with his beliefs. The dramatic political and military events of the English civil war touch her life at every point, and we witness the execution of Charles I close up. The depiction of everyday life at the time and the merciless portrait of the young Milton, are spell-binding. The Islands of Unwisdom (1949) is also a true story, but visits a different, very Catholic world, that of the expeditions of the Spanish explorers and discoverers, near contemporaries of Milton but not emancipated by the Reformation, who come unstuck in the New World. Graves reconstructs the ill-fated voyage of Alvaro de Mendana y Neya to find the Solomon Islands, popularly believed to constitute the fabled Land of Ophir, where King Solomon got his legendary wealth. With Don Alvaro sails his wife Ysabel, a key figure in the narrative.