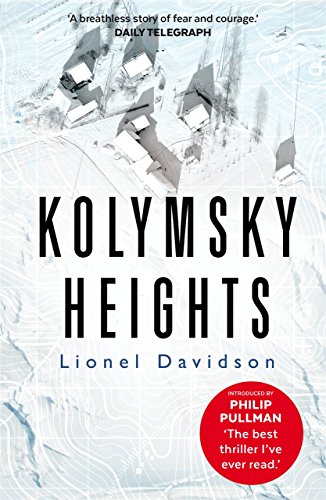 Kolymsky Heights. A Siberian permafrost hell lost in endless night, the perfect setting for an underground Russian research station. It's a place so secret it doesn't officially exist; once there, the scientists are forbidden to leave. But one scientist is desperate to get a message to the outside world. So desperate, he sends a plea across the wildness to the West in order to summon the one man alive capable of achieving the impossible...

'Excellent... Kolymsky Heights is up there with The Silence of the Lambs, Casino Royale and Smiley's People.' Toby Young, Spectator

'A breathless story of fear and courage.' Daily Telegraph