Showing The Aborigines of Port Phillip, 1835-1839 by Michael Cannon 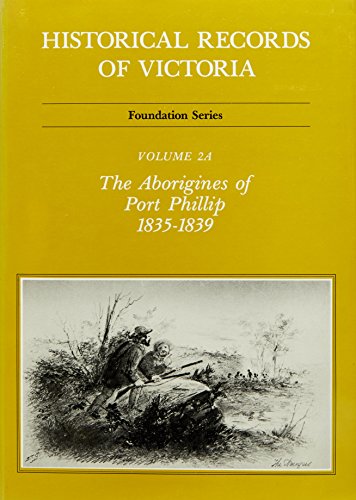 This second volume takes up the theme of Aborigines in Port Phillip during the official foundation years of 1835 to 1839. Practically every contemporary official document relating to Aborigines in Port Phillip which could be located in Australia and overseas has been included. Nothing of significance has been omitted. So much unique material was found that it has been necessary to break the subject into two parts, for publication as volumes 2A and 2B. The material reveals, sometimes graphically , what can happen when a native race pursuing a tradition-bound nomad existence is suddenly confronted with vigorously expansion, technologically advanced forces backed by their own strongly-held economic, religious and political ideas. It shows the reasons for some of the first serious clashes between the two races and the efforts on the part of missionaries and official forces to overcome enmity in the new settlement.