Showing Lie in the Dark by Dan Fesperman 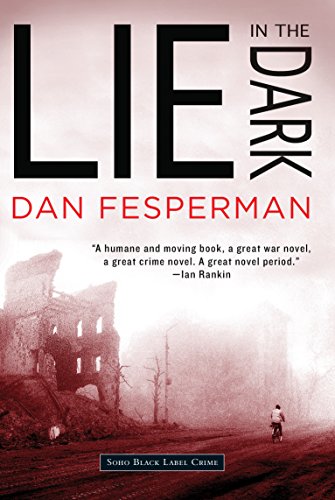 Vlado Petric is a homicide investigator in war-torn Sarajevo. When he encounters an unidentified body near “sniper alley,” he realizes that it is the body of Esmir Vitas, chief of the Interior Ministry’s special police, and that Vitas has been killed not by any sniper’s aim but by a bullet fired at almost pointblank range. Searching for the killer in this “city of murderers,” Petric finds himself drawn into a conspiracy, the scope of which goes beyond anything he could possibly have imagined.

Lie in the Dark brilliantly renders the fragmented society and underworld of Sarajevo at war—the freelancing gangsters, guilty bystanders, the drop-in foreign correspondents, and the bureaucrats frightened for their jobs and very lives. It weaves through this torn cityscape the alienation and terror of one man’s desperate and deadly pursuit of bad people in an even worse place.