Showing The Prince and the Pilgrim by Mary Stewart 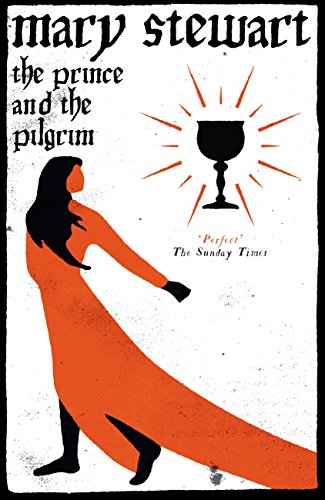 Alexander the Fatherless: nephew of the villainous King March of Cornwall, who murdered his father. Burning with vengeance, Alexander sets out on a journey to Camelot to seek justice from King Arthur. His path will lead him to the Dark Tower, where the sorceress Morgan le Fay lies in wait. Morgan seduces Alexander and sends him on a quest to Jerusalem to recover the Holy Grail - which she believes will help her take the throne.

Alice the Pilgrim: daughter of a man who has sworn to journey to Jerusalem every three years, Alice grows to womanhood on the pilgrim's trail. And then she meets a boy who carries a cup - which he claims is the Holy Grail.

Alice and her father will move heaven and earth to bring the Grail back to Britain. And Alexander will do anything to find it. Their quests will bring them together, and the day that Alexander and Alice meet will go down in legend.

The Prince & the Pilgrim is the final installment of Mary Stewart's classic Arthurian Saga, a must-read for all fans of history, fantasy and great literature alike.