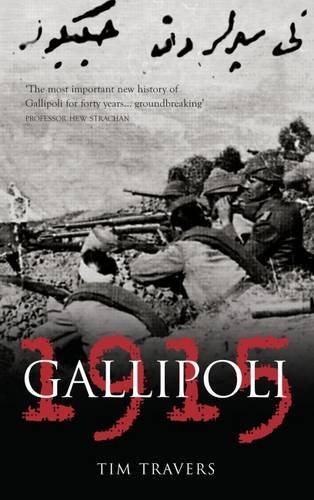 Why was the Allied naval assault of February/March 1915 so unsuccessful? Did the Ottoman Turks have knowledge of the Allied landings of April 25, 1915? And did Sir Ian Hamilton, the overall commander of the Allied forces at Gallipoli, really make a mistake in his intervention at Suvla? These questions and the key issue of why the Ottoman Turks won the 1915 Gallipoli campaign, or why the Allies lost it, have never been satisfactorily answered. This new history of the Gallipoli campaign aims to answer them, while also telling the story of what actually happened through the voices of British, Australian, and Turkish soldiers. In order to properly understand the bloody events of 1915, Tim Travers is the first historian of Gallipoli to use the general Staff Ottoman archives in Ankara to tell the other side of the story. Wide-ranging research in the Turkish archives as well as those in Australia, Britain, France and New Zealand, plus a significant newly discovered German source, has produced a startling new interpretation of the 1915 conflict. Moving from a study of the Western Front, Tim Travers has produced a challenging analysis of the enduring mysteries of the Gallipoli campaign.