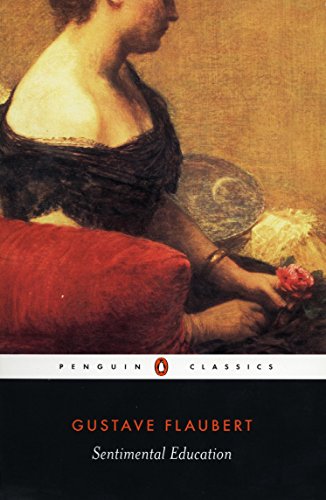 Part love story, part historical novel, part satire, and an evocative tale youthful passion, Gustave Flaubert's A "Sentimental Education" is translated by Robert Baldick and revised with an introduction by Geoffrey Wall in "Penguin Classics". Frederic Moreau is a law student returning home to Normandy from Paris when he first notices Mme Arnoux, a slender, dark woman several years older than himself. It is the beginning of an infatuation that will last a lifetime. He befriends her husband, influential businessman Jacques Arnoux, and their paths cross and re-cross over the years. Through financial upheaval, political turmoil and countless affairs, Mme Arnoux remains the constant, unattainable love of Moreau's life. Flaubert described his sweeping story of a young man's passions, ambitions and amours as 'the moral history of the men of my generation'. Based on his own unrequited love for an older woman, "Sentimental Education" is one of the greatest French novels of the nineteenth century. Geoffrey Wall's fresh revision of Robert Baldick's original translation is accompanied by an insightful new introduction discussing the personal and historical influences on Flaubert's writing.This edition also contains a new chronology, further reading and explanatory notes. Gustave Flaubert (1821-1880) was born in Rouen. After illness interrupted a career in law, he retired to live with his widowed mother and devote himself to writing. Madame Bovary won instant acclaim upon book publication in 1857, but Flaubert's frank display of adultery in bourgeois France saw him go on trial for immorality, only narrowly escaping conviction. Both "Salammbo" (1862) and "The Sentimental Education" (1869) were poorly received, and Flaubert achieved limited success in his own lifetime - but his fame and reputation grew steadily after his death. If you enjoyed A "Sentimental Education", you may also enjoy Stephen Vizinczey's "In Praise of Older Women", available in "Penguin Modern Classics".