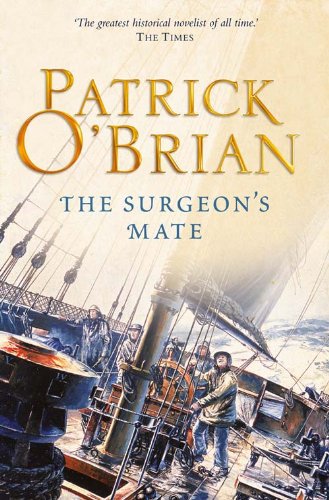 Patrick O’Brian’s Aubrey-Maturin tales are widely acknowledged to be the greatest series of historical novels ever written. Now, for the first time, they are available in electronic book format, so a whole new generation of readers can be swept away on the adventure of a lifetime. This is the seventh book in the series.

Jack Aubrey and Stephen Maturin are ordered home by despatch vessel to bring the news of their latest victory to the government. But Maturin is a marked man for the havoc he has wrought in the French intelligence network in the New World, and the attentions of two privateers soon become menacing.

The chase that follows through the fogs and shallows of the Grand Banks is as thrilling, as tense and as unexpected in its culmination as anything Patrick O’Brian has written. Then, among other things, follows a shipwreck and a particularly sinister internment in the notorious Temple Prison in Paris. Once again, the tigerish and fascinating Diana Villiers redresses the balance in this man’s world of seamanship and war.