Showing Besieged: Life Under Fire on a Sarajevo Street by Barbara Demick 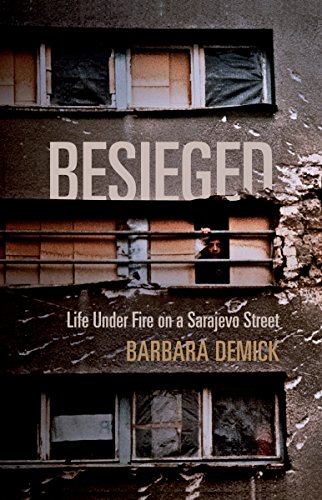 For four centuries, Logavina Street was a quiet residential road in a cosmopolitan city, home to Muslims and Christians, Serbs and Croats. Then the war tore the street apart. In this extraordinary eyewitness account, Demick weaves together the stories of ten families from Logavina Street. For three and a half years, they were often without heat, water, food or electricity. They had to evade daily sniper fire and witnessed the deaths of friends, neighbours and family. Alongside the horrific realities of living in a warzone, Demick describes the roots of the conflict and explains how neighbours and friends were turned so swiftly into deadly enemies. With the same honest, intimate reporting style which won her so many plaudits for Nothing to Envy, Barbara Demick brilliantly illuminates one of the pivotal events of the twentieth century, and describes how, twenty years later, the residents of Logavina Street are coping with its consequences.