Showing The Windfall by Diksha Basu 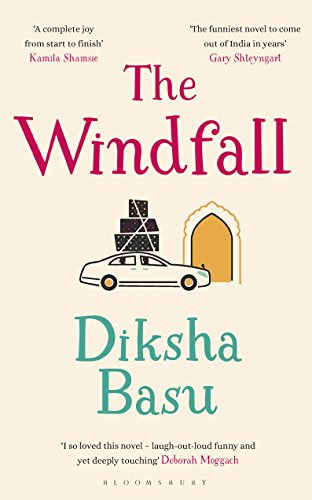 From actress Diksha Basu comes a sparkling comedy of manners about social climbing, social rivalry and social anxiety in the New India

Anil Kumar Jha has worked hard and is ready to live well. After thirty years in a modest flat, he and his family are moving to Gurgaon, one of Delhi's richest areas. But his wife, Bindu, is heartbroken about leaving their neighbours, and doesn't want to wear designer saris or understand interior decoration. Meanwhile their son, Rupak, is failing business school in the US – and secretly dating an American girl.

Once installed in their mansion, the Jhas are soon drawn into a feverish game of one-upmanship with their new neighbours, the Chopras, as each couple seeks to outdo the other with increasingly lavish displays of wealth. As an imitation Sistene Chapel is pitted against a crystal-encrusted sofa, Bindu wonders where it will all end.

A sharply observed tale of social aspiration and anxiety, The Windfall is a thoroughly modern comedy of manners about family, friendship and what it means to belong in a rapidly changing India.