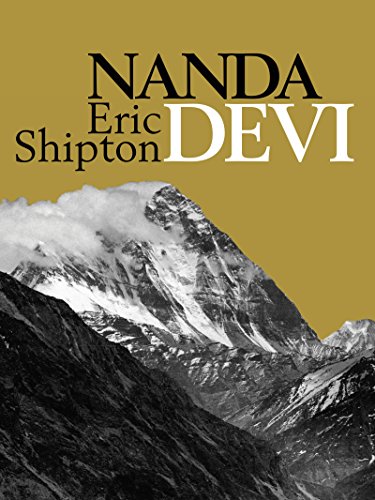 'When a man is conscious of the urge to explore, not all the arduous journeyings, the troubles that will beset him and the lack of material gains from his investigations will stop him.' Nanda Devi is one of the most inaccessible mountains in the Himalaya. It is surrounded by a huge ring of peaks, among them some of the highest mountains in the Indian Himalaya. For fifty years the finest mountaineers of the early twentieth century had repeatedly tried and failed to reach the foot of the mountain. Then, in 1934, Eric Shipton and H. W. Tilman found a way in. Their 1934 expedition is regarded as the epitome of adventurous mountain exploration. With their three tough and enthusiastic Sherpa companions Angtharkay, Kusang and Pasang, they solved the problem of access to the Nanda Devi Sanctuary. They crossed difficult cols, made first ascents and explored remote, uninhabited valleys, all of which is recounted in Shipton's wonderfully vivid Nanda Devi - a true evocation of Shipton's enduring spirit of adventure and one of the most inspirational travel books ever written.