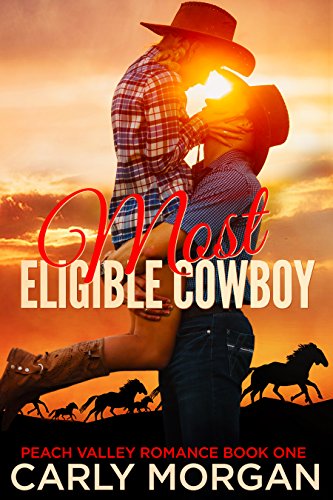 Can an ailing man’s ultimatum be Jackson and Maya’s greatest blessing?

Amateur photographer Maya Vance needed a do over after catching her husband of eight months cheating with her best friend. Her favorite aunt Patty provides just the escape. She’s recently opened a sixty-five acre bed and breakfast in her small town called the Palace in Peach Valley and asks Maya to take pictures for her marketing brochures.

Permanently unattached Jackson Bale was supposed to take over his family’s ranch, but his ailing father won’t hand over the reins until he proves he’s ready to settle down. His father has given him sixty days to find a woman and marry her or he’ll sell the ranch to some corporate big wigs that have been after the land for years.

Within hours of his father’s ultimatum, the whole town knows. Women he hasn’t heard from since high school start coming out of the woodwork, flaunting their feminine wiles in the hope of catching Peach Valley’s most eligible cowboy.

It isn’t until he meets the vibrant Maya Vance that he thinks marriage might be a possibility. But she’s heard of the ultimatum too and wants no part of it. Jackson isn’t to be deterred. Despite his father’s wishes and the land, he knows he’s met the love of his life and will do whatever it takes to win her over.