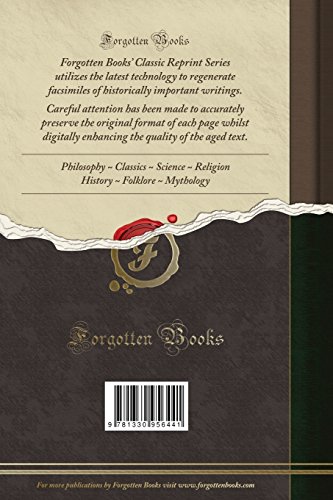 Excerpt from The Uncensored Dardanelles Almost every commentator on the World War has endeavoured to fix the definite responsibility for our failure at the Dardanelles on the shoulders of some particular individual, but up to the present no back has been found broad enough to bear the entire burden. Different famous men, some living, some dead, have been held guilty by the public, for various periods, until they have been able to prove their innocence, or else, by dividing their share in the tragedy with many others, they have almost succeeded in clearing their reputations. The Dardanelles Commission proved incapable of solving the problem. Responsibility must, in fact, be divided into separate categories: (1) conception, and (2) execution. The latter must be subdivided under several heads, viz. the responsibility of the Cabinet, of the War Office and of the Commander-in-Chief in the field. Each must be considered apart, if we are to arrive at the truth. Lord Kitchener decided what reinforcements, munitions and guns, whether adequate or inadequate, should be sent to the Dardanelles, for, during this period, the direction of the war was entirely in his hands. How these forces could best be employed in the field was left to the Commander-in-Chief, who alone was responsible, as his plans, although submitted to, were never interfered with by Lord Kitchener or the Cabinet. I do not propose to attempt to discover in whose brain first germinated the idea of seizing Constantinople either by forcing the Dardanelles or by occupying the Gallipoli Peninsula. Probably nearly all the professional and amateur students of war grasped from the first the paramount importance of such a campaign. About the Publisher Forgotten Books publishes hundreds of thousands of rare and classic books. Find more at www.forgottenbooks.com This book is a reproduction of an important historical work. Forgotten Books uses state-of-the-art technology to digitally reconstruct the work, preserving the ori