Showing The Book of Isaias: A Child of Hispanic Immigrants Seeks His Own America by Daniel Connolly 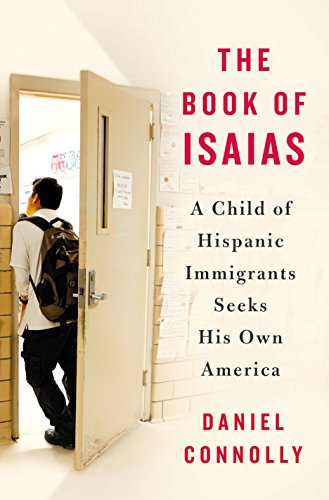 18-year-old high school senior Isaias Ramos plays in a punk rock group called Los Psychosis and likes to sing along to songs by Björk and her old band, the Sugarcubes. He’s so bright that when his school’s quiz bowl goes on local TV, he acts as captain.

The counselors at school want him to apply to Harvard. But Isaias isn’t so sure. He's thinking about going to work painting houses with his parents, who crossed the Arizona desert illegally from Mexico.

Despite the obstacles and his own doubts, Isaias sets out on the journey to become the first in his family to go to college. He faces make-or-break standardized testing, immigration bureaucracy and absurdly high college costs. And most importantly, the siren song of doubt.

This simple story reflects broader truths. Mexican immigration has brought the proportion of Hispanics in the nation’s youth population to roughly one in four. Every day, children of immigrants make decisions about their lives that will shape our society and economy for generations.

In the tradition of Friday Night Lights and A Hope in the Unseen, this deeply human narrative offers a powerful antidote to the heated political rhetoric about immigrants and their children.