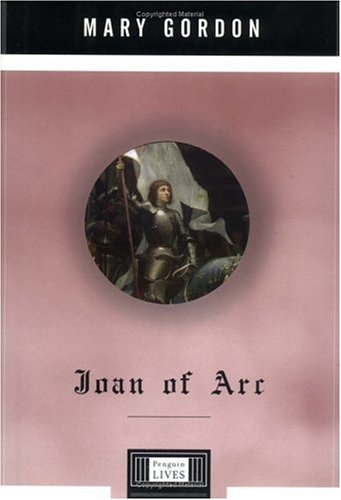 What is it with Joan of Arc? The image of the girl in shining armour at the head of a victorious army is extraordinarily familiar; yet is so alien as to be practically impenetrable. Even so, playwrights and film makers from Brecht to Besson have been unable to resist trying to explain the appeal of this wildly unlikely teenager, usually by portraying her as some sort of uber babe like Milla Jovovich or Ingrid Bergman. Novelists too have tried to explain Joan's power and it is with a novelist's skill that Mary Gordon succeeds in producing a succinct, clear and thrilling life. Writing what she calls a "biographical meditation" Mary Gordon manages to combine a real sense of the headlong speed of Joan's public career with a thoughtful analysis of how she achieved all she did and why she retains such fascination today.

The sheer improbability of Joan's life shocks. Her extreme youth (dead at 19), the brevity of her career (two years), the savagery she encountered at the hands of her enemies; all these come like a slap in the face from this beautifully paced account. By evoking her as a warrior, religious figure and as a simple girl, Gordon builds a flesh and blood picture of a young woman existing at "the point at which myth, symbol and act collide and create a new essence". It is easy to forget that Joan was ever a real person. In Joan of Arc there is never any doubt. --James Harris