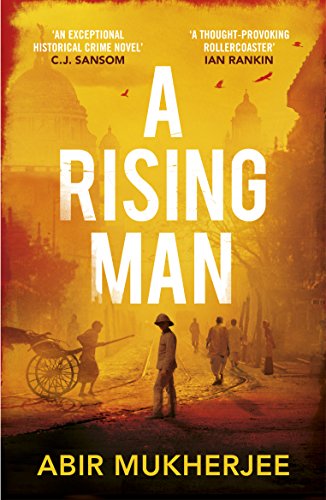 India, 1919. Desperate for a fresh start, Captain Sam Wyndham arrives to take up an important post in Calcutta's police force.

He is soon called to the scene of a horrifying murder. The victim was a senior official, and a note in his mouth warns the British to leave India – or else.

With the stability of the Empire under threat, Wyndham and Sergeant 'Surrender-not' Banerjee must solve the case quickly. But there are some who will do anything to stop them...

'Highly entertaining...set in a Calcutta so convincingly evoked that readers will find sweat bursting from their foreheads'
Daily Telegraph

LONGLISTED FOR THE CWA GOLD AND ENDEAVOUR HISTORICAL DAGGERS

If you enjoyed A Rising Man, pre-order the second Sam Wyndham mystery, A Necessary Evil, now. Coming in June 2017.