Showing Lay It Down by Mary Calmes 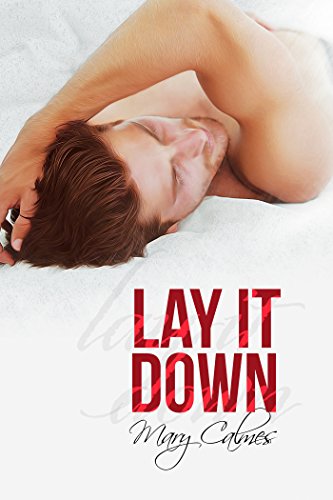 Paradise can be hell.

Most people would say being stranded in the villa of Spanish shipping magnate Miguel García Arquero on the beautiful isle of Ibiza wasn’t such a bad deal. But Hudson Barber isn’t one of them. To him, being stuck without a passport in a foreign country far from home is a nightmare, made worse by the fact that the person who did the stranding was his flighty twin brother.

Unwilling to turn Dalvon in for identity theft, Hudson is forced to wait, but meanwhile he discovers the chance to rehabilitate Miguel’s failing local businesses—enterprises left to Dalvon’s inexperienced care. The flagging ventures are a badly wrapped gift from heaven, and if Hudson can turn them around, he might be able to leverage the experience to finish his MBA.

Then Miguel returns to Ibiza, and instead of finding a boy toy, he discovers Hudson has turned his cold villa into a warm, welcoming home. Miguel’s path is clear: convince Hudson to lay down his defenses and let love in.