Showing Vermeer: A View of Delft by Anthony Bailey 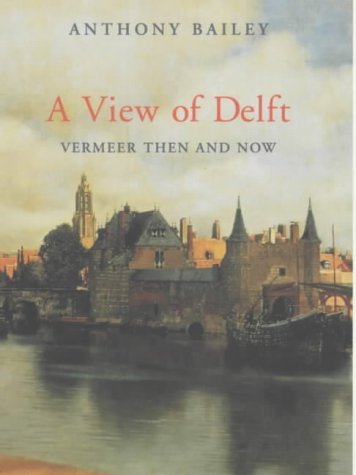 Johannes Vermeer's reputation as one of the greatest of the Old Masters has never been higher, and in A View from Delft Anthony Bailey offers an elegant and concise historical biography of "the sphinx of Delft", that locates his genius firmly within the world of 17th-century Delft. Bailey begins from the lack of hard facts about Vermeer's life. He is "a ghost lacking material attributes", but through painstaking research and careful detective work, Bailey pieces together Vermeer's life, which he combines with deft and sensitive interpretations of all the great paintings. From Vermeer's humble beginnings as an innkeeper's son, Bailey traces Vermeer's marriage to a wealthy Catholic, his immersion in the political, commercial and scientific world of Delft, and his growing assurance as a painter. Vermeer emerges as a calm perfectionist, "a man who changed details, added and deleted things, who left a canvas on an easel and went away for a while and allowed it to germinate, coming back with new thoughts and a renewed desire to achieve perfection". Bailey also takes the reader beyond Vermeer's death, to his growing reputation over the 20th century, and the involvement of many of his greatest works in bizarre acts of theft and forgery. A View of Delft is a delightful little book, that often feels like a Vermeer painting itself; calm, assured, and in possession of all the relevant facts. --Jerry Brotton