Showing As Death Draws Near by Anna Lee Huber 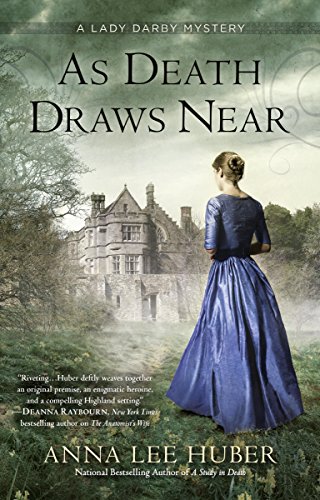 The latest mystery from the national bestselling author of A Study in Death tangles Lady Kiera Darby and Sebastian Gage in a dangerous web of religious and political intrigue.

July 1831. In the midst of their idyllic honeymoon in England’s Lake District, Kiera and Gage’s seclusion is soon interrupted by a missive from her new father-in-law. A deadly incident involving a distant relative of the Duke of Wellington has taken place at an abbey south of Dublin, Ireland, and he insists that Kiera and Gage look into the matter.

Intent on discovering what kind of monster could murder a woman of the cloth, the couple travel to Rathfarnham Abbey school. Soon a second nun is slain in broad daylight near a classroom full of young girls. With the sinful killer growing bolder, the mother superior would like to send the students home, but the growing civil unrest in Ireland would make the journey treacherous.

Before long, Kiera starts to suspect that some of the girls may be hiding a sinister secret. With the killer poised to strike yet again, Kiera and Gage must make haste and unmask the fiend, before their matrimonial bliss comes to an untimely end...