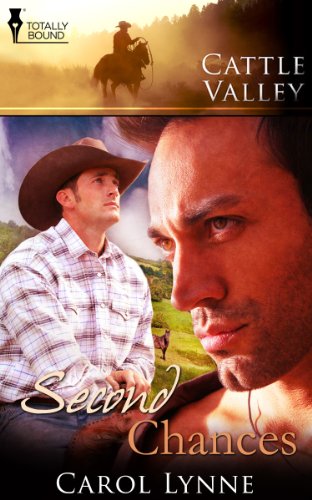 Welcome to Cattle Valley, an alternative, private community where your sexual preference isn't an issue, it's the size of your heart that counts.

The city of Cattle Valley was founded by millionaire Charles Beauregard on behalf of his only son and heir, Joshua Beauregard. The victim of a hate-crime, Joshua was murdered on April 13, 1972 in San Francisco, California. After the murder of his son, Charles began making plans to use his wealth and land to insure a safe haven for gays and their families to live in peace. Charles spent the remainder of his life working and seeing that his vision came to fruition.

Drop by for a visit, and say hello to our sheriff, Ryan Blackfeather and his two partners, Nate Gills and Rio Adega. Or perhaps you’d rather have one of Kyle Brynn’s famous cinnamon rolls at Brynn’s Bakery. Whatever you’re in the mood for, you’ll find it here.

After a shotgun blast ends his career, ex-Chicago Police Officer, Robert "Oggie" Ogden, cashed in and headed for a new life in Cattle Valley. In search of a second chance, the last thing he wanted was pity, especially when it stared back at him through whisky-colored eyes.

Drake Smith learned at an early age to carry a bigger stick than the bullies who tormented him, and although he’s grown into a highly skilled fighter, he still guards himself against those with the potential to hurt him. Compassion doesn’t come easily to Drake, so when he reaches out to help Oggie, he finds his surprising efforts rebuffed, making him angry at himself and the object of his unwanted affections.

When a showdown between them turns into a heated sexual encounter, Drake wonders if he’ll ever feel safe again.